Revolutionizing global healthcare and education infrastructures is no simple task… 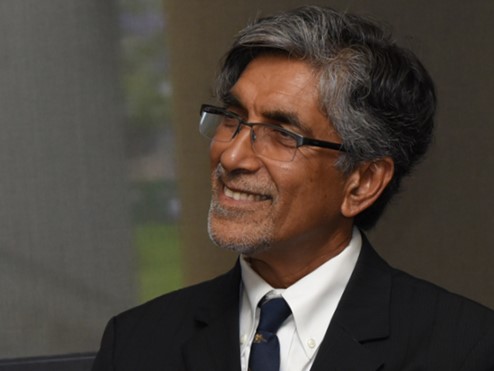 To understand SCM and it’s focus, you need to know a little of the business & public background of its Founder, Safi Qureshey…

Safi has been on the frontline of technology innovation since 1980, when he co-founded AST Research, Inc. to address the burgeoning PC market. Since then, he has grown an international network through his many successes in technology, investment, political service, and philanthropy. It’s with his experience and these connections that he strives to bring two fundamental human rights to those in need across the world: health and education.

A Vision for Human Rights

Safi’s vision is to leverage computer technology and the internet to deliver distance-learning and telemedicine to the most remote regions of the world, allowing millions of human beings to rise from crippling poverty to the ranks of productive global citizen.

For more information regarding Safi’s organizational involvements and accomplishments, see his profile on LinkedIn.

The Rise of AST

In 1984, with AST Research, Inc., Safi became the first Pakistani-American to take a company public, amassing sales of more than $100 million. In 1991, when Dubai was barely known to American companies, AST was the first technology company to build a new facility in Jebel Ali to reach the Middle East, North Africa, and South Asia.

By 1992, AST saw profits of $1.4 billion, granting them a spot in the Fortune 500 and Safi the designation of first Pakistani-American founder/CEO of a Fortune 500 company.

With more than 6,000 employees and sales of over $2.5 billion, AST ranked as one of the top PC companies in the world and was the market share leader in China. In 1997, the company was acquired by Korea’s largest electronics company, Samsung Electronics.

After a demanding role at AST, Safi got busy!

He has been involved with a number of business and philanthropic initiatives and has been a founder, investor and director/advisor in companies with a wide-range of environmental or social impacts (ESG) together with real estate projects in Southern California, Texas, and Japan.

In 1997 Safi founded Skyline Capital Management to act as the Qureshey family office for administration as well as portfolio and investment management.

Safi was the founding president of TiE (The Indus Entrepreneurs) Southern California in 1997-2001. TiE Global is a nonprofit organization devoted to entrepreneurs in all industries, at all stages, from incubation, throughout the entrepreneurial lifecycle. With a global reach and a local focus, the heart of TiE efforts lies in its five foundational programs, – Mentoring, Networking, Education, Funding, and Incubation.

He was an early investor in NextCard, SF based credit card issuer which grew from three employees to 1,400, one million CC members and $2 Billion in balances. NextCard went public in 1999 but became a victim when the dotcom bubble burst. He started Audioramp as a device and cloud-based playlist for music in 2000. Although the company closed, Safi generated patents along the way and that are ubiquitous in all music services popular today.

With the first successful recall of a California governor and election of Arnold Schwarzenegger in 2003, Safi served on the new governor’s transition committee and headed Anaheim Mayor Curt Pringle’s Tech Advisory Group in 2006.

Safi has been active in health care start-ups in Southern California; San Diego based Anvita Health provides analytics solutions that produce clinical insights for companies that want to improve the quality and lower the cost of health care for their members and clients and Interpreta operating an analytics engine which updates, interprets and synchronizes clinical and genomics data of patients. Anvita was acquired by Humana in 2011 and Interpreta acquired by Centene in 2018.

Safi is currently an investor and board member in Me+U CARE based Irvine, CA. The company is the breakthrough digital health communication technology company delivering a HIPPA compliant platform providing for meaningful relationships across the care and social continuum.

Safi has been involved with Bill Gross of idealab of Pasadena, the premier technology accelerator in Southern California. With his keen focus on climate change impacts, he was an early investor in Bill Gross’s company Edisun in 2015 along with Bill Gates and LA’s billionaire Patrick Soon Shiong. Edisun changed named to Heliogen and developed solar mirror technology to produce hydrogen, a key fuel for many industrial applications like steel, cement, etc. In July 2021, Heliogen merged with Athena Tech, an Atlanta based SPAC at a proposed $1.8 Billion valuation.

Safi has also been a founder of several companies including Avaz Networks, Vampire Tools, and Quartics. Leveraging his degree in electrical engineering and experience building and scaling technology companies, Safi has been developing electrical energy management tech for over a decade. Most recently, he founded and is CEO of Simple Energy, Inc., a breakthrough technology company that saves on electricity use and costs for business operations, institutions, and governmental/municipal entities. The company is currently deploying demonstration systems in Orange County, CA at commercial buildings and municipal water utilities and is looking for more trial partners before launching large-scale deployment.

From 2007 to 2017, Safi was on the Give to Asia board. Based in the San Francisco Bay Area, Give2Asia is an international nonprofit that serves as a strategic partner and ally working on the ground in more than 23 countries across the Asia Pacific. Our role is to strengthen the work of local organizations and mobilize support through philanthropic giving from Individuals, Family Foundations, and Corporations.

Safi was an early supporter and board member of Unity Productions Foundation, a nonprofit media production company. UPF’s mission is to create peace through the media. Since 1999, UPF produces documentary films for television broadcast, online viewing, and theatrical release. UPF also creates long-term educational campaigns to start dialogues among people of different faiths and cultures, especially among Muslims and other faiths.

Through his years of experience with Wall St, Washington D.C., international businesses, and philanthropy, he has developed an extensive global executive network. It is with this foundation and these connections that he strives to accomplish his vision:  To leverage technology to deliver solutions to issues facing individuals, institutions, and regions of the world, providing the resources to transform and improve systems, practices, and individual lives. 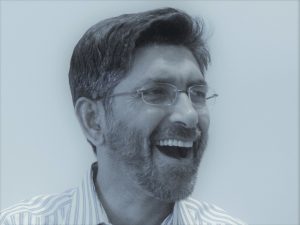 “How I Learned to Live with Wall Street”